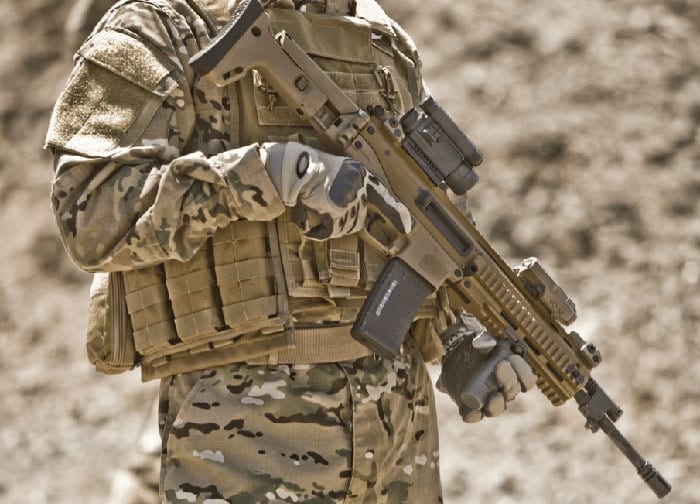 The ACR was initially conceived to provide today’s world-wide warfighter with an American-made, reliable, accurate and mission-configurable rifle.  This undertaking was shared by three American companies – MagPul Industries Corp, Bushmaster and Remington.  After multiple designs and intensive testing, only the best concept, design, material and components survived to create what’s known as today’s ACR.

In early 2011, Remington Defense was gearing up for the Army Individual Carbine Competition using their ground breaking ACR.  One of the key features the Army required was significant weight savings in the rifles submitted for testing and evaluation.

According to The Seattle Times, in 2008 US Army advisers found the load shouldered by foot soldiers often exceeded 100 pounds, thus wearing down soldiers and restricting their movements when they came under fire.  This launched a pilot plan to shed some 24 pounds from a soldier’s load by finding alternatives for standard issue Army gear.  Lighter flashlights, headlamps, sleeping bags and other gear were acquired from commercial vendors.  The US Army also made efforts to not only trim weight from weapons and body armor without affecting functionality, but the US Army also needed to take a bite out of the millions of dollars used for research and development of such highly advanced equipment.  In a 2011 interview, Debi Dawson, Director of Strategic Communications for Program Executive Office (PEO), the Army’s gear outfitting arm, stated  the PEO “expends considerable effort in trying to lighten the soldier’s load — developing and fielding equipment that weighs less, takes up less space, and combines functions to eliminate redundancies in equipment.” 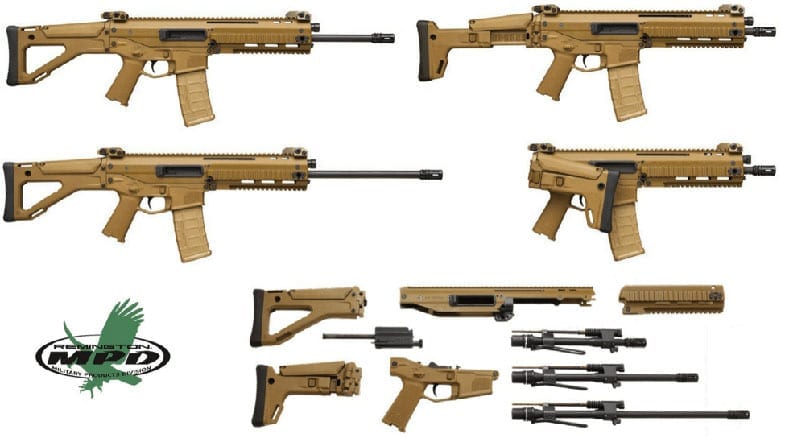 Remington realized and recognized the need for the specific weapon weight reduction loud and clear and sought to provide a solution without compromising the features developed on the currently approved model.  One of the features examined was the lower receiver.  Remington consulted and collaborated with Precise Cast Prototypes and Engineering (PCPE) on technical assistance and design recommendations on weight reducing metal options for the current polymer lower receiver.  PCPE and Remington Defense decided to pursue a magnesium alternative.  PCPE designed, cast, machined and ensured weapon fit check with magazine wells.  This became a significant weight reducer for the new ACR.  After testing the new magnesium lower receivers, Remington found many of their customers were requesting a move to an aluminum alloy for production.  Remington again turned to PCPE to discuss aluminum alternatives that would not only meet their customer’s needs, but also fulfill Remington’s requirements for anti-corrosion coating acceptability.  PCPE and Remington worked to produce the lower receivers in aluminum which resulted in a successful match in answer to Remington and their customer’s requirements.  “Choosing the aluminum alloy adds .2 pounds to the overall system weight versus magnesium, but we felt it was more important to offer the customer as many options as possible, with the hard-coat anodized aluminum lower receiver being a more familiar option than the polymer or the magnesium.” states Luke Wilkinson, Remington Project Engineer of Defense Development.

In addition to the material change of the lower receiver, Remington developed a side folding charging handle that is fully ambidextrous and retained all ergonomics developed in the initial ACR.  Remington changed the barrel locking mechanism by eliminating the quick detach barrel wrench and replaced it with a traditional barrel nut (ease of use and cost effective).  As the folding stock on the current model was not required by the US Army for this next generation ACR, Remington eliminated this feature from consideration which resulted in a more durable platform.  As an added benefit, this reduced the weight as well.  This new, revised ACR model accepts any Mil Spec AR 15 pistol grip.

With all modifications complete, Remington Defense’s ACR entry to the Army Individual Carbine Competition was a success.  In fact, to answer the question of overall weight savings, Remington’s design changes reduced the weight of the standard ACR platform by 1.8 pounds.  A fully loaded ACR with 30 round GI type magazine, weighs-in less than eight (8) pounds without compromising quality, accuracy or durability.  Remington Defense continues to do its part to enhance lethality, survivability and maneuverability, thus making warfighters more effective in every form of environment that they may encounter.